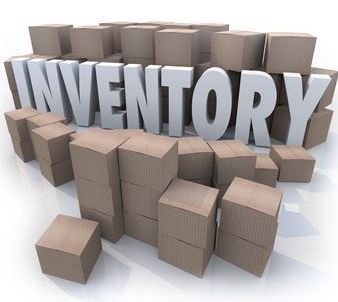 From Farm to Table

Project Raising Hope is a collaborative effort between Lapeer Ed Tech and Stone Soup Food Bank to provide locally raised meat product to those in need  in our community.  Since the project's start in 2013, over 28, 000 pounds of meat has been donated to Stone Soup. 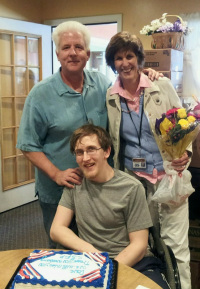 Dave's Story
LAPEER TWP. — Last Friday David Marker, of Oregon Township, walked past his classmates in cap and gown and received his certificate of graduation. That sounds like a lot of young people in Lapeer County during the last month, but for Dave it was something really special.

The 26-year-old man on Friday was the first graduate from Lapeer Community Schools’ Community Instruction Program. Instructor Chris Hinkley, along with other paraprofessionals, lead the program that helps adult students with special needs learn the skills necessary to live an independent life.

Marker has come a long way in his journey to getting that diploma, and the last few feet he walked showed just how far he has come. With the help of a walker, Dave was able to make it across the room to his wheelchair as his muscles shook and strained.
Marker was born in Colorado, but after his mother passed away when he was a child he moved to Florida with his dad. There, he grew up with a normal childhood and adolescent life.

“I was healthy. I had a girlfriend. Life was good,” Marker said. “I wasn’t always in this wheelchair.”

He began working construction with his dad, and even branched out on his own as a floor installer. “I was working on my own and making good money,” he remembered.

Then, on April 16, 2009, Marker said he went out to the bar to have a few drinks and then decided to drive home on his motorcycle. “I was actually drunk when I left. I crashed the bike... I was not wearing a helmet,” he said. “I don’t remember it, but that’s what I was told.”
n the crash, Marker suffered a broken leg, broken jaw and a severe head injury. “The swelling in my brain was so bad they had to take a four inch by five inch piece of my skull out to relieve the pressure,” Marker said. The doctors then put a shunt in his head and wired his jaw shut.

Dave Marker remained in a coma for months. When he awoke, he found he would have to learn how to do everything all over again, starting with eating. He lost most of his muscle control in the accident, and his memory was affected as well, making even simple tasks difficult.

“My short term memory is holier than Swiss cheese,” he said with a grin. “I would give you a list of all the things I forget, but I don’t remember.” He still has trouble with eating, and says if he is not careful he could easily choke. He can walk short distances with a walker, but is confined to a wheelchair most of the time.

“My life has changed a lot because of my accident,” Marker said. “Because of my injuries I always have to have someone near me... I’ll probably never live on my own.”

Marker’s father passed away two years ago, and that is when he moved to Michigan to live with his aunt, Margaret Hopkins, in Oregon Township. “I don’t think they expected him to live,” Hopkins said of Dave after the accident. “He is very grateful every day to be alive.”

Despite his challenges, Marker has been very active in his own recovery process, trying to rebuild his muscle control and his memory. He also finds time to volunteer at Stone Soup Food Pantry because he enjoys helping those in need.

“That’s a good time because they’re all wonderful people,” he said of Stone Soup, where he plans to continue volunteering. That fits in perfectly with his outlook on life, which is to move forward, stay busy, and try to make a better and brighter future.

“It’s just not worth drinking and driving,” Dave said as a caution to anyone else who may make the same mistake. “I thank God I got the good end of the stick. I could be dead.”